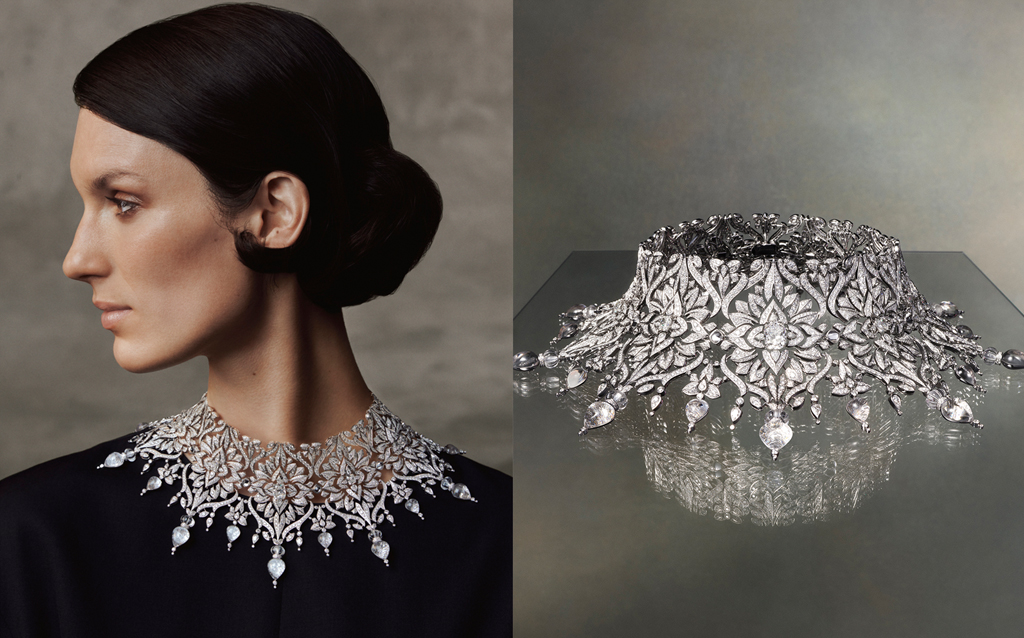 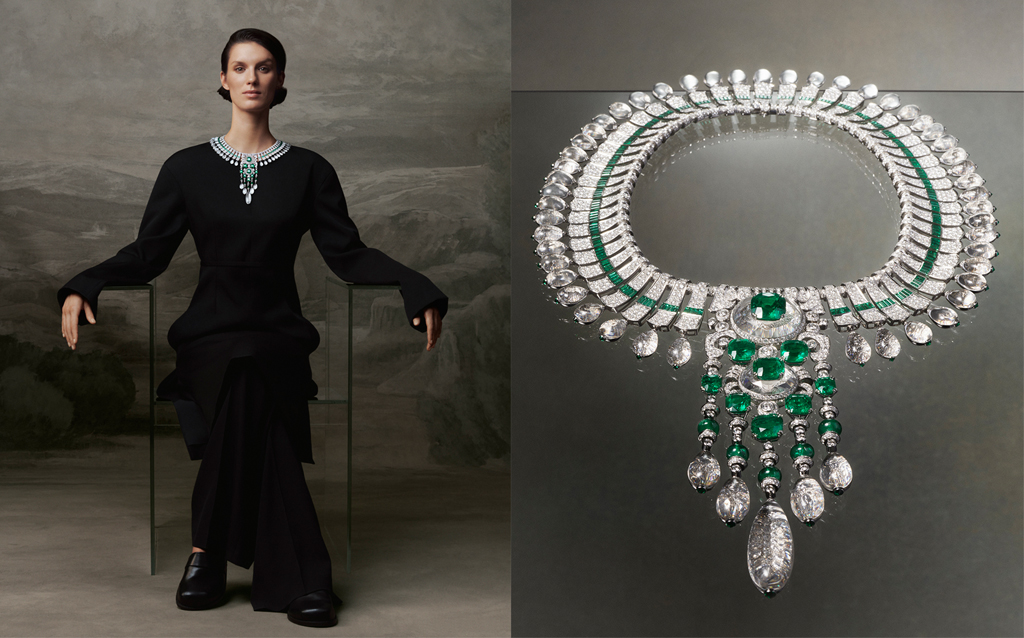 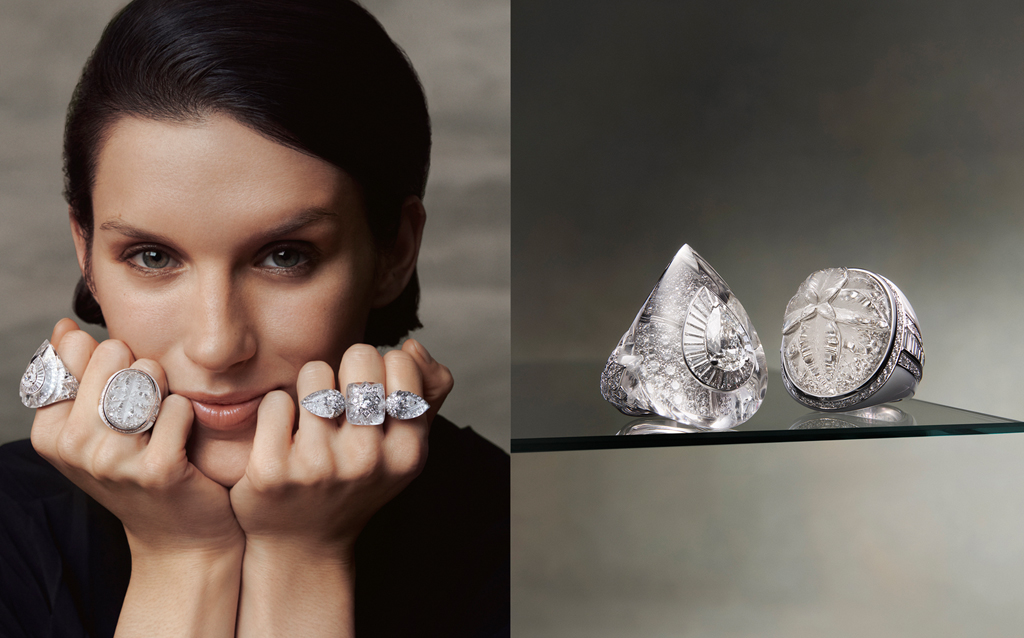 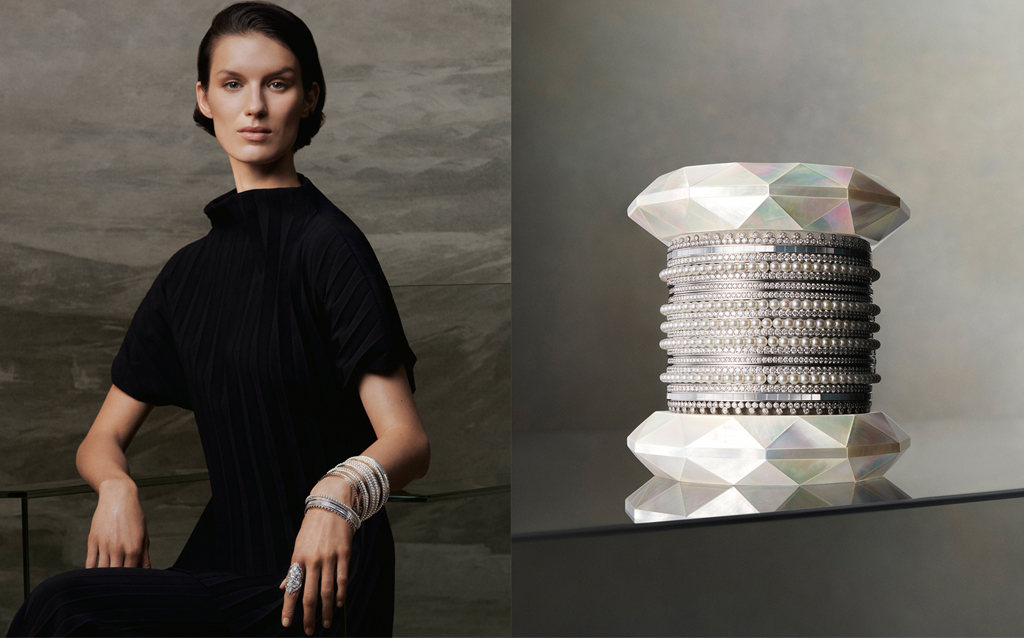 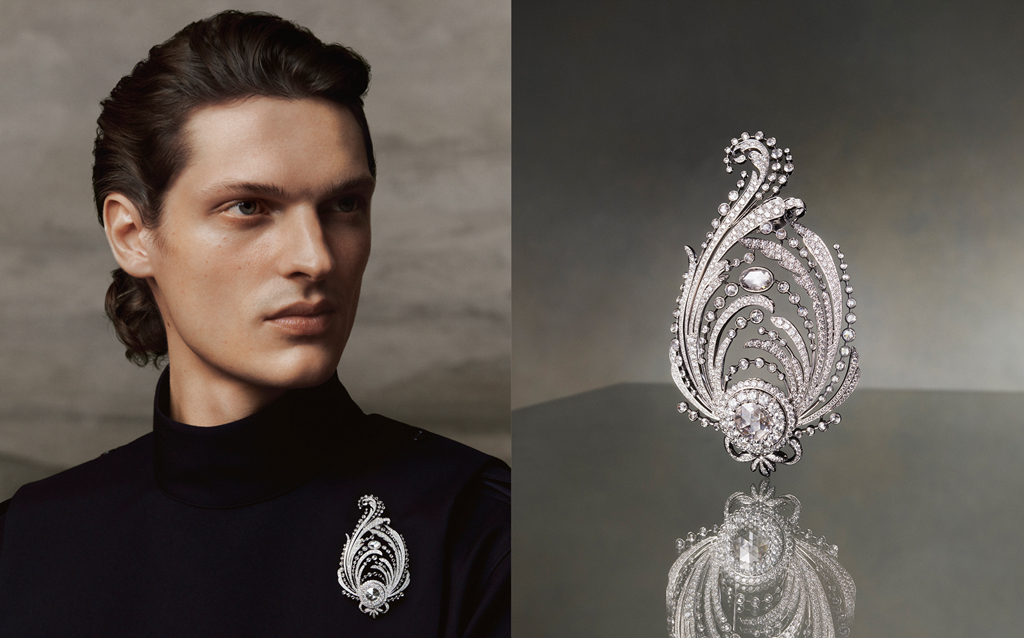 On August 2nd, 1928, Place Vendôme was buzzing with the arrival of Bhupindar Sing.
The Maharajah of Patiala had come to Paris with forty of his servants. Thirty-five suites had been booked at the Ritz to welcome the Party. The Maharajah was a colossus – he was about 6 ft 7 – and he was famous for his immoderate taste for jewels. No one knew which jeweler he would go to. On that summer day, escorted by Sikh guards carrying iron safes, Bhupindar Singh crossed the square and pushed the door of Boucheron.

There, he was welcomed by Louis, son of Frédéric Boucheron. In those safes, Louis counted diamonds, rubies, emeralds, and pearls by thousands. For these gems, Louis then imagined 149 designs: emerald and diamond collars, multiple-strand pearl necklaces, belts covered in precious stones… To this day, these parures created by Boucheron have remained unforgettable.

For these New Maharajahs, the creative studio has highlighted designs referring to elements which symbolize ancestral India, such as the lotus flower, turban ornaments or wedding bracelets, but also for traditional techniques such as glyptics – which is the art of engraving stones. To give life to her creative and contemporary vision, Claire Choisne has made the radical choice of purity through white and transparency, effects of scale that she has naturally transposed both on men and on women.

In this Histoire de Style collection, ceremonial parures have become jewels reflecting one’s singularity. Colors have faded into a monochrome metamorphosis. Pared down from their original polychrome, from opulence to delicateness, these New Maharajas are writing Boucheron’s new Histoire de Style.